Laying the Groundwork with Jennifer Green Being the first at anything is no doubt daunting, yet it also holds the power to be both rewarding and inspirational. Jennifer Green found herself in that position nearly 20 years ago as she entered her apprenticeship as an Industrial Mechanic Millwright.  She was challenged by “being the first” woman in many situations, but soon became inspired by the path that she found herself on. Green explains, “By the time I started my apprenticeship, I was 18 and had my license by 21. So I had a huge age discrimination against me where the next closest person to my age was a decade older than me, whether it be in class or in work. And so it really added a lot of things. Not only did I have my gender against me in such a male dominated trade where when I started, only 1% of women in Canada were in millwright, and today it’s 3%. So I had age and gender against me and I really, truly was a guinea pig where I was normally the first one down the road, I was normally the first woman that most people had ever worked with before.” Despite these challenges, Green remained confident and continued to have a thoughtful perspective on the industry she was excelling in. Understanding that she was in the industry to stay and realizing that challenges existed on the employer side as well, she adopted her “50-50 philosophy,” whereby she felt that as long as the other side met her halfway, she could then understand that the challenges could not be changed overnight, but weren’t without hope. 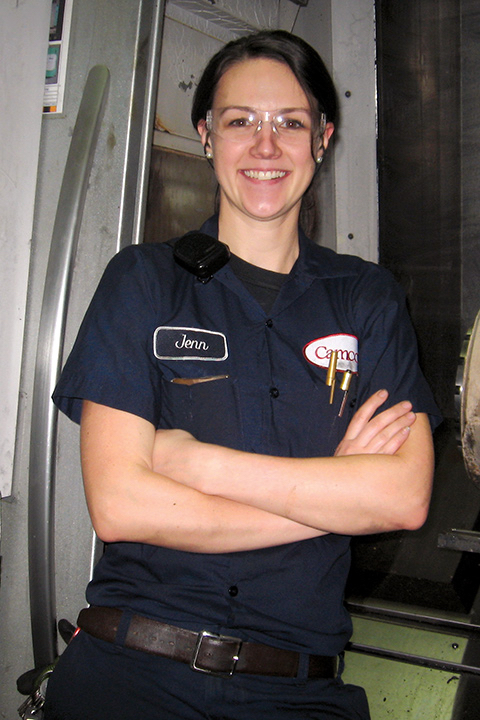 As Green’s leadership skills developed, the industry took notice and she learned another important lifelong skill – to say “yes.” Ms. Green said yes to being an advocate for the skilled trades for women and all young people. She said yes to speaking engagements, government appointments, volunteer work, and mentorship opportunities. Choosing to say yes to opportunities that came her way was not a guarantee of advancement or success, but excelling at them was a way of proving herself to her peers. “I was constantly having to prove myself again and again and again. You always had to prove yourself ten times more than anyone else around you just to show that you are capable, that you deserve to be there,” she explains. 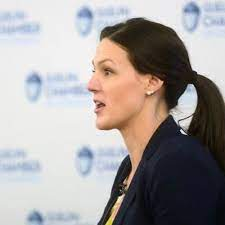 Naturally, Jennifer’s role at Skills Ontario is exactly what her career has prepared her for – to promote the skilled trades to our youth. “Our goal is to promote skilled trades and technologies to young people as a viable and real career option to explain to them what’s out there. So our organization does everything from conferences, workshops, competitions, and different events to be able to promote and get kids hands-on, whether it be literally hands on, doing workshops with experts or doing a presentation, just explaining what the trades are and the different paths and other roles.”

Among her many accolades, Green has been presented with the Universal Women’s Network Women of Inspiration Award, WXN Top 100 Canada’s Most Powerful Women Award, and the Conestoga College Alumni of Distinction Award. When asked about the award that makes her the most proud she eloquently explained: “I don’t know if there’s one that I’m necessarily most proud of. I think the piece that I’m proud of the most about the Universal Women’s and the WXN Women’s Executive Network is the fact that they included a skilled trade category, where a lot of awards are starting to include these categories that never existed before. So seeing that step is the part that makes me proud that skilled trades is being seen as equal and being able to be among the top 100 women where it never was included before.” At USCZ, we agree that one of the first steps is getting skilled trades to be recognized as equals, hoping in turn that it will change the negative perception that construction employment often has. The next and most important step will take place when we do not have to classify any award as belonging to men or women exclusively, but to be recognized based on merit alone. Thank you Jennifer Green for saying “yes” to a career in construction and for laying the groundwork so that others can follow your path! 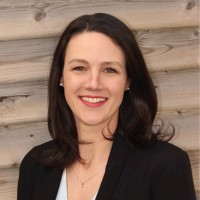 Up, Up and Away—the Housing Market Gains Momentum at the Start of 2023